Top executives from Facebook, Ford and Adobe met in Las Vegas this week at the annual Consumer Electronics Show. The interplay offered a fascinating look into the dynamic growth of the marketing industry in the digital age.

Those using 2014 to get serious about their law firm Internet marketing efforts can take heart from the general consensus: Despite a decade of rapid expansion and forced change upon the more traditional mediums of print and television, online marketing remains in its infancy — a wide-open opportunity with significant growth and return on investment for those who continue to invest and innovate.

The conversation among the three executives and Fortune Magazine was particular interesting. Carolyn Everson of Facebook, said the company has barely scratched the service of revenue possibilities. Specifically, “multi-touch attribution,” or credit for brand recognition or other benefits of Facebook content or advertising that, in conjunction with another advertising platform, such as television, induces customers to act. Meanwhile, Ford’s Jim Farley and Adobe’s Ann Lewnes, spoke about the challenges of transitioning to digital media. Even Adobe, which has long been a technology company, has struggled in finding the proper personnel and online marketing strategies for the 21st Century. 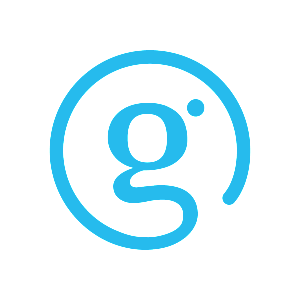 Multi-touch attribution is of interest in Internet marketing for lawyers for a number of reasons and is something we often counsel attorneys about when developing marketing plans. Historically, firms would use metered phone numbers in yellow page or billboard advertising and track calls back to the firm. Google analytics and other advances have changed the Internet legal marketing landscape and often show potential client traffic from legal blog writing or website content, even when an attorney is unsure of positive results. Billboard advertising, for instance, may help with name recognition in search results. Or a client may see a commercial on television and use a law firm’s website as validation before calling for an appointment. Is that potential attributable to billboards or the Internet?

The answer, of course, is both.

Ford’s Farley brought up another important point, according to CNN Money: Brand managers too often want to play it safe when introducing a new product, and so rely heavily on TV buys and other traditional forms of media. They know the DVR and other media advances make those buys worth a fraction of their former value. But they also know it’s the safe play and so the resulting marketing plan is inferior and return on investment lags as a result.

When it comes to your Internet legal marketing effort we are here to help. Just look for the